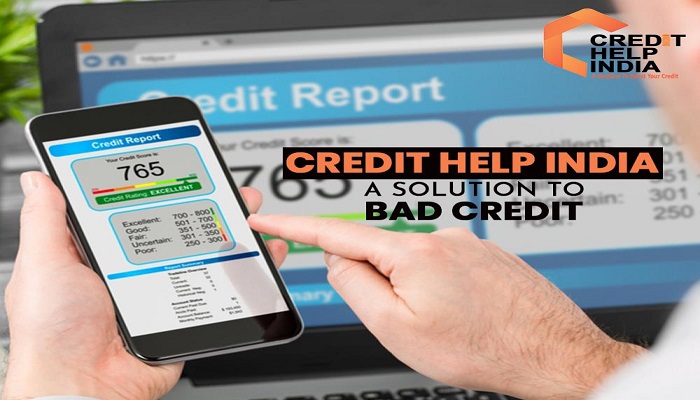 A good credit score in today's era when the economy is highly credit based or credit driven has become very important for anyone's financial success. Possessing a good CIBIL score enlightens the worthiness of credit of a person who is the borrower. It on the other side proves helpful to the institutions related to finance so that they are able to check the CIBIL score of a person so that it helps them in taking integrated and informative decision before allowing loans to be granted. CIBIL score is basically a form of representation of actually how much credit worthy is the person or borrower.

Usually all the banks are seen to look for the credit score of a person who is looking for the loan to be granted, the bank uses the parameter of CIBIL score to judge and then validate that whether the candidate who has applied for loan would be able to pay back the loan or not.

Every month many loans and credit queries are reported to credit bureaus.

The information and status of a person's account is listed on credit report, and it includes the information that if the payments made by the person were on time, late or is the account closed and so.

During a settling of debt the creditor which is the bank updates it in the credit report of the person, and then the report shows the status as either “Paid settled“ or “settled". Any payment status different to “Paid as agreed” or “fully paid” can have damaging effect on the person's credit. Though the Status of “Paid Settled” is way better than the status showing “Unpaid" But now as the person is not fully paying back so the case of credit card settlement can have a negative impact on the credit score. There are many factors which tend to affect the credit so the exact effect can vary in reference to the other information of your credit report.

Credit Scoring companies do not provide the base or derivation of how to calculate the credit score, it might contain such type of calculation and metrics which may affect the credit score to a great extent.

To understand this let us take a hypothetical situation with two different candidates with different scores. Suppose a person with a credit score of 680, he / she had a late payment on her credit card already then it is supposed that he/she would lose approximately 50–70 points after the settlement is done. On the other hand, it is supposed that a person has a credit score of 780 and has no other late payments then he/she will tend to lose 140 -160 points. So this shows how credit score get affects by the settlement. It is even said that onetime credit card settlement can hurt the credit score of a person similar to bankruptcy.

A onetime settlement offer is made by the bank to the consumer which is known as OTS in banking language. If the offer is accepted by the consumer then it is officially declared by him/her that he/she is not capable of repaying the value completely, the bank then conveys the same to the credit bureau. The CIBIL report generated by the bureau would definitely contain the word settlement with respect to the particular loan/debt in the accounts' information sections of the report. The same contains a section known as DPD i.e. Days past due. If this section shows the status as “0” or nil then it is good for consumer but any other value is considered as negative one. The report would not show any over dues but settlement would be clearly shown there. If a loan is due for more than 90 days or Three months then, the bank classifies it to be a non-performing asset and if same goes on to increase to 180 to 270 days, i.e. 6 -7 months after the date decided for payment then the loan is written off by the bank. The settlement can be done either before the write off or after the write off by the bank. The change in both the situation will be that if it is done before write off then the report would contain the status as “settled“ but when the settlement is done after the write off then the status would show “post write off settlement". Both the conditions are however treated or looked as negative ones by the bank. It will not help in getting a loan. The bank would always be reluctant in giving the loan to person with such status in their credit report. If the person with such remarks goes on to apply for a loan in future also then the request would be likely to get rejected by the bank. It is always advised to repay the EMI's i.e. equated monthly instalments on time to avoid getting into such situations because whoever the lender maybe it would always go on to check the previous repayment history and record of the borrower and also the amount for which the settlement was done. It is also advised to ask for a no-dues certificate by the lender to make sure that the person has a verified record with him/her and also the rate of interest would not be altered for the amount the person made the settlement for.

So, it is clearly visible how the settlement affects the Credit score of a person and what its consequences are. It not only hurts the person at that particular time but also in the future the eligibility of the person getting a loan fully diminishes or should say that it completely ends as soon as the settlement is made.

Your Data Is Safe With Us.

Keeping your data safe and secure is a top priority for us and we are committed to it. We have implemented  256 bit Secure Encryption SSL to ensure data security and it is validated by Go Daddy Secure Certificate Authority.